Israeli Independence Day is coming up and the mayor is planning a celebration with awards and speeches, music and dancing. To prepare for the festivities, the mayor asks Shmulik to paint a mural and decorate the park around it, and Shmulik agrees. But he can’t decide what to paint! Instead he looks for inspiration in the puffy clouds, the lovely trees, a kitten’s soft purrs, and his dreams. Meanwhile, his dog Ezra takes the painting and decorating into his own hands – or paws! – and prepares the park for Yom Ha’Atzmaut.

Yom Ha’Atzmaut, also known as Israeli Independence Day, commemorates the Israeli Declaration of Independence in 1948. An official celebration is held on Mount Herzl in Jerusalem, and Israeli families celebrate with picnics and barbeques. Echeverri’s pen-and-ink cartoon-style drawings begin as black-and-white art that explodes with color as each of Ezra’s masterpieces appear. —Book List

Shows Ezra taking matters into his own paws. —Publisher’s Weekly

This is a light-hearted and attractive book that can be used to supplement holiday collections in libraries and schools and can teach about Israel at home. —Jewish Book Council

Is there anything a child enjoys more than knowing something than an adult doesn’t? —San Diego Jewish World 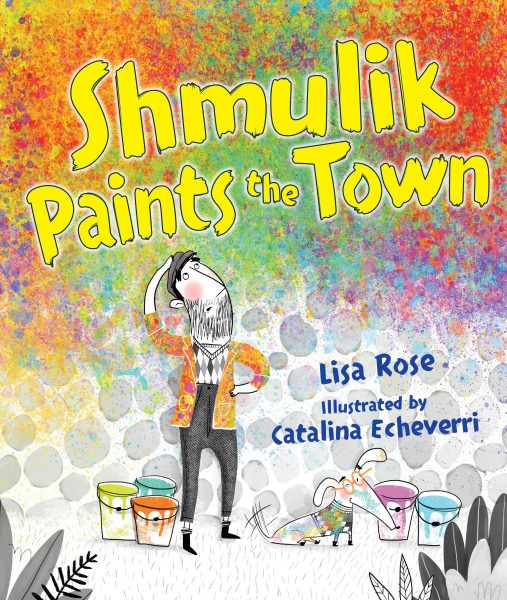 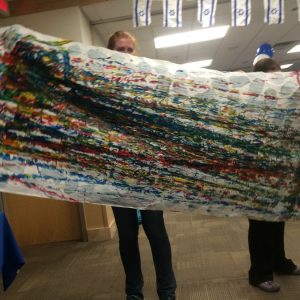 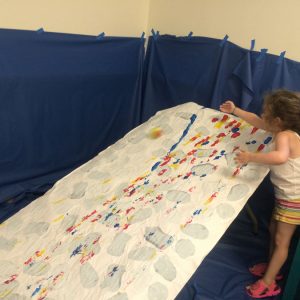 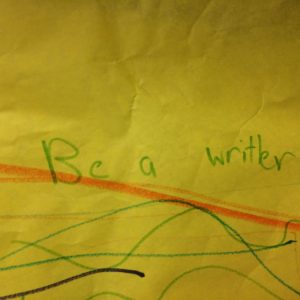 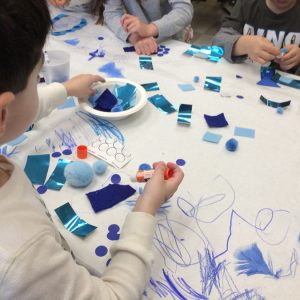 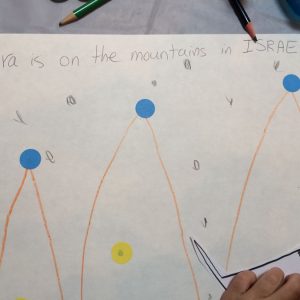 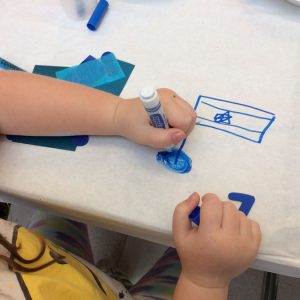 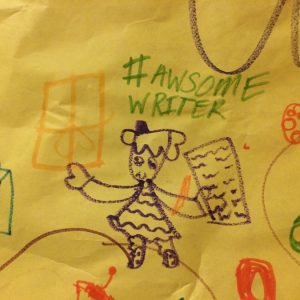 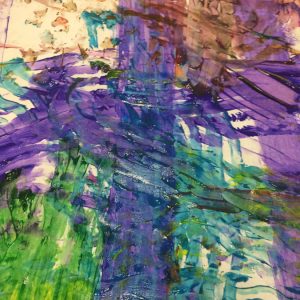 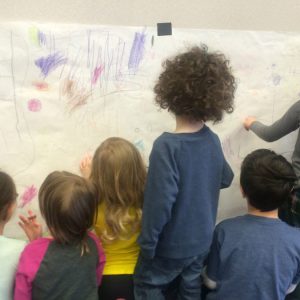 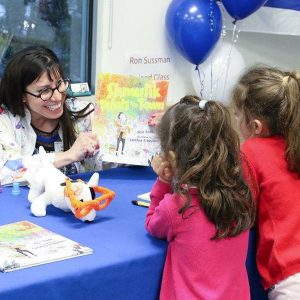 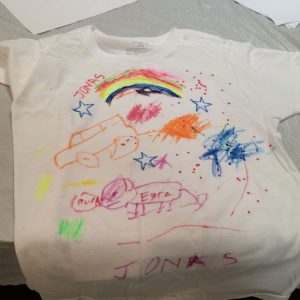 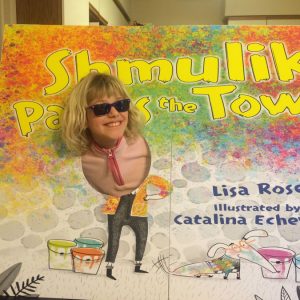 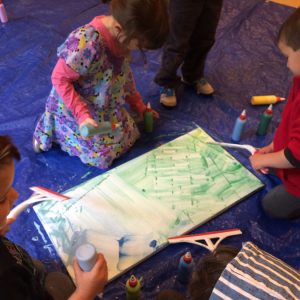 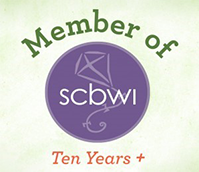